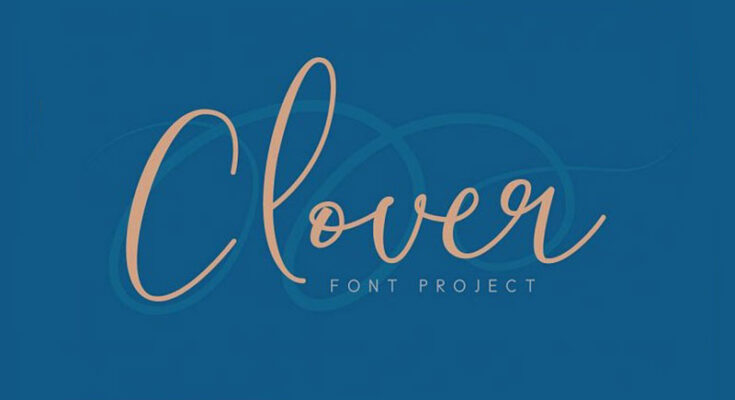 Clover Font is a script calligraphy font that contains a magnificent texture. An Indonesian foundry the Fanastudio took the charge for designing it and releasing it for the first time during June 2018.

It has a decent script texture created with two kinds of strokes including thin and medium. Also, the designer puts swashes which give it extra creativity.

When you look at its texture then you will found a hard natural flow that occurs to the designer handmade texture. Moreover, on the top of each letter, the designer has increased each letter stroke extra large for making it more elegant and cool.

That’s why it adds sweetness to the font which he gives to design where it applies. Another good aspect of it, you can also utilize it with other script fonts as well including Radicalis Font and Kentucky Font.

Clover Font has come in a single regular style that possesses Opentype features. This single style has 144 characters along with 1000 units per em. So, this truly works nicely for small to medium designs.

But one thing is to confirm that where you will apply then it surely adds a unique touch. And also the reader feels satisfaction when he read the texture. That’s why you will find perfect in all ways.

We hope, now you understand each and every feature of this cool font. So, feel free to leave a remark over it in the comment section below and also don’t forget to share it with others.

Now you need to click on a single button below and get the Clover typeface. Later on, kindly keep using it only for personal use. And for commercial use buy its license from Fanastudio. 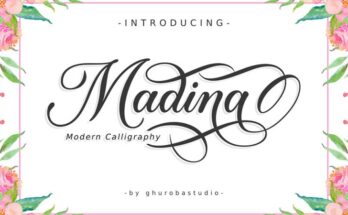 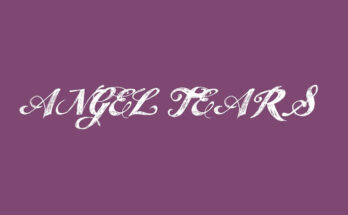 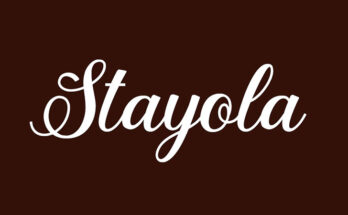